Film and Art Galleries: A Match Made in Heaven?

Not just over half a century ago, you could have walked into an art gallery and confidently placed a bet that the only thing moving would be the Mona Lisa’s eyes. However, as time progressed and urinals, lobster phones and blank canvases came to be considered as ‘art’, it seemed inevitable that a space should open up in art galleries for multimedia: recordings, video clips, films, and even for video games. In an age where some exhibitions rely solely on photography and film, how do these new, technology-reliant pieces fit into a medium that has been, for so long, a static one?

In any museum, from history to science, films tend to play an informative role, offering a different and often more accessible way to absorb the facts. This being said, the medium is not limited to communicative purposes in art galleries and also provides a background to the artworks, fills in gaps, shows ‘behind the scenes’ footage or indeed constitutes an art work in and of itself. While films indisputably add a certain je-ne-sais-quoi to art exhibitions, the effectiveness of superimposing these two entities raises some undeniable practical and artistic constraints. 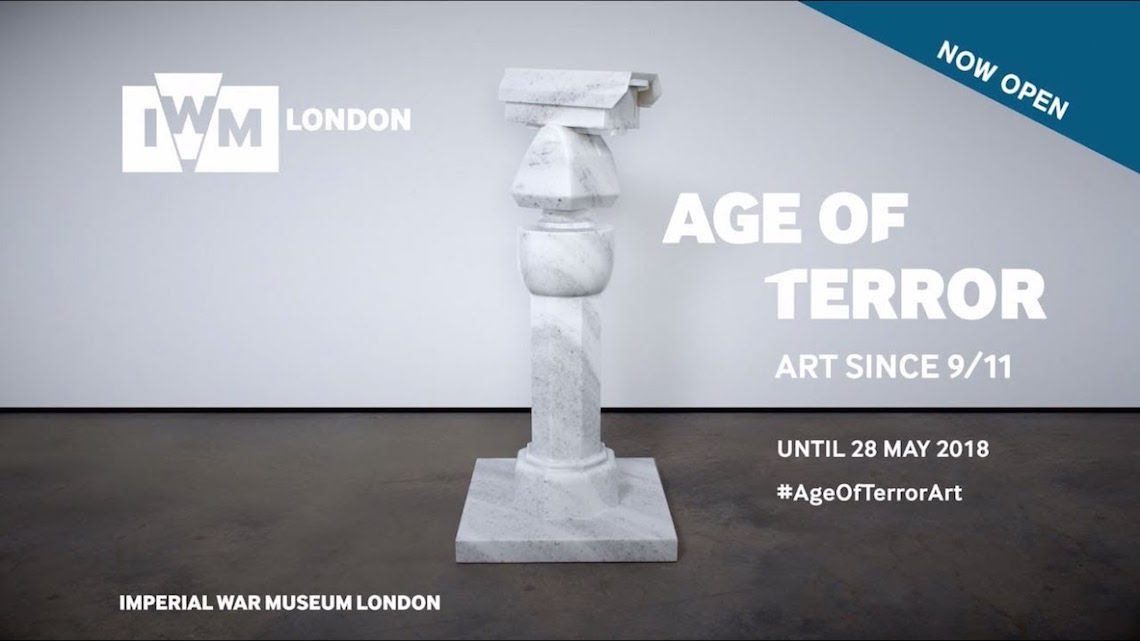 Take, for instance, the Imperial War Museum’s Age of Terror: Art Since 9/11. Focussing on responses to terrorism from artists and creatives all over the world, the £15 exhibition comprises 45 pieces of artwork and approximately 220 minutes of filmed footage. The gallery begins with Tony Oursler’s 57 minute live footage of the 9/11 incident. Opening with a sort of ‘set the scene’ film is not unknown, as it provides an introduction to the tone and themes of the art that follows. While it is scheduled to restart every hour, one must question whether visitors starting the exhibition will sit down for the entirety of the film. Indeed, should they want to watch each and every one of its audio-visual works, they would need to spend at least four hours in the gallery.

While the present films, from Coco Fusco’s Operation Atropos to Omer Fast’s 5000 Feet is the Best, are highly pertinent and thought-provoking, one must question how many visitors to Age of Terror will take the time to sit and take in these works. Countless are the times that I have seen people complete the whole exhibition in under thirty minutes, making their £15 entry fee, in my opinion, somewhat redundant. Indeed, a side effect of technological progress is, quite unfortunately, a shortened attention span to which galleries and museums must now conform. How then, to not leave new and relevant art forms by the wayside, while complying with the changing demands of the public? As with so much else, it seems that the answer to this question falls back on economic factors, more explicitly, money. 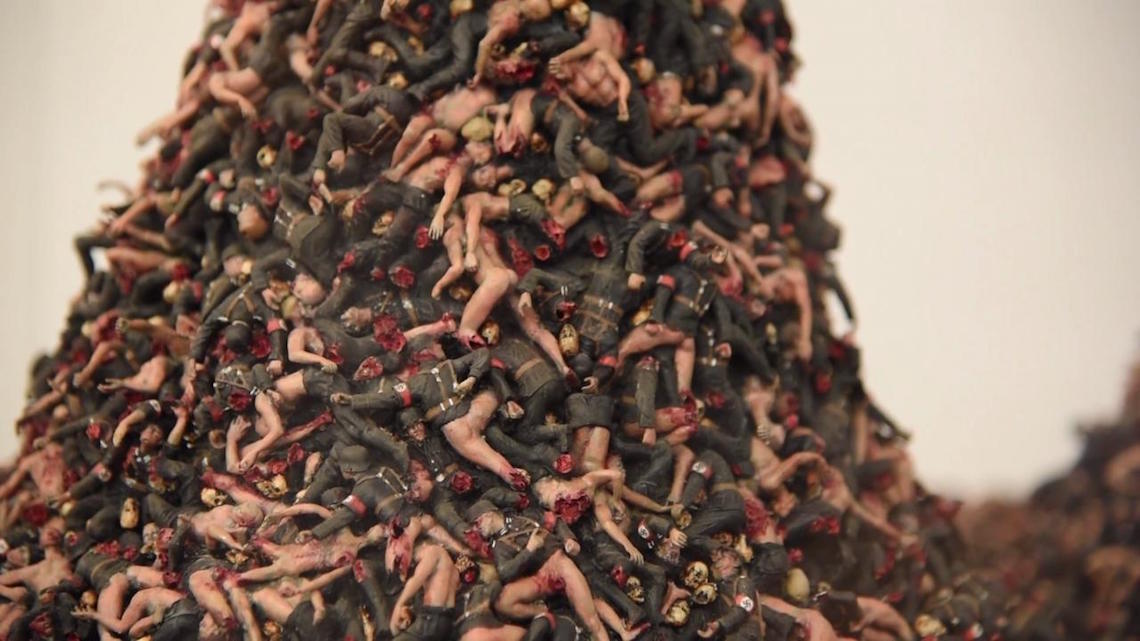 Take another example of an exhibition that relies on photography and film: Richard Mosse’s Incoming, at the Barbican Curve last year. It is fair to say that even without watching any of the films on display in Age of Terror, the remaining 34 artworks still make the exhibition worth seeing. On the other hand, while free, Mosse’s installation comprises solely of a short series of photographs and a 52-minute split-screen video filmed with advanced thermographic weapons. If, like me, you stand and watch it for ten minutes or so only to move on to the next piece – of which there are none – then you have missed the entirety of the exhibition.

However, the first and main difference here is that The Barbican Curve offered free admission, in contrast with the required tickets for Age of Terror. You are, therefore, less likely to depart feeling cheated, having wasted nothing but the time you might have otherwise spent scrolling through your Facebook news feed or staring at a blank wall wondering where you ever went wrong. 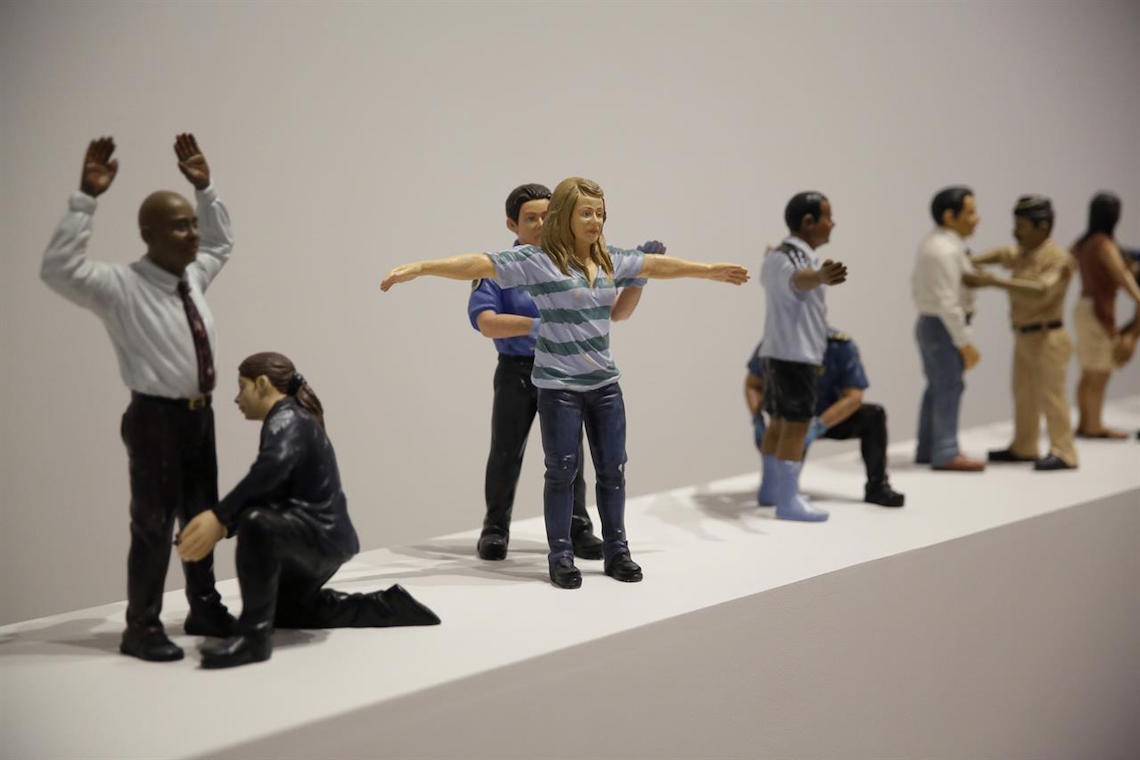 Yet still, a dilemma remains. Having paid for what you see, you are far more likely to sit and pay attention to the films and footage in front of you, where as having got in for free, it’s easier to turn away and leave with nothing but the impression that you formed in those crucial first ten minutes. On the other hand, free exhibitions offer the privilege of countless returns, in which you can absorb the details of the footage you may not have had time to take in on your first visit. With paid exhibitions, however, your freedom to watch a portion of the film and decide to return at a later date when you have more time on your hands is somewhat prohibited.

It should not be the case that the efficacy of films in art galleries should be so heavily dependent on economic factors – it should seem inevitable that these two mediums go hand in hand in today’s day and age. However, as a comparison of Imperial War Museum London’ paid Age of Terror and Barbican Curve’s free entry The Incoming reveals, it is not apparent which of the options seems the more effective. All that is left to be said then, is that it is down to art galleries and museums to keep up with the ever-changing practical, artistic, financial and social demands of the century, and adjust accordingly.

‘Film and Art Galleries: A Match Made in Heaven?’ is written by Amelie Marron. You can read more articles on her blog Flights and Feelings or find her on Instagram.

About the Author: Amelie Marron